I’ve just come back from Vietnam where I was lucky enough to be hosting a tour with Two’s a Crowd. It’s my second time to Vietnam in 12 months, Ade’s been there twice too, all with Two’s a Crowd. And it got me thinking, as I’ve been going through my photos and unpacking all my stuff, about the people we meet on tour and all the travel inspiration we receive from them.

Our job, and yes, it is a job, despite what my family says, allows us to travel the world, all the time chaperoning different groups of solo travellers through unfamiliar countries. In the past 12 months we’ve been to Peru, Mexico, Cuba, Canada and Alaska, Italy, Bolivia, Fiji… the list goes on.

Of course we love the travel, who wouldn’t? We get to see amazing locations for free, and get paid for the privilege, but as well as that we get to meet some amazing people and I always come home feeling completely inspired by the people on my tours. 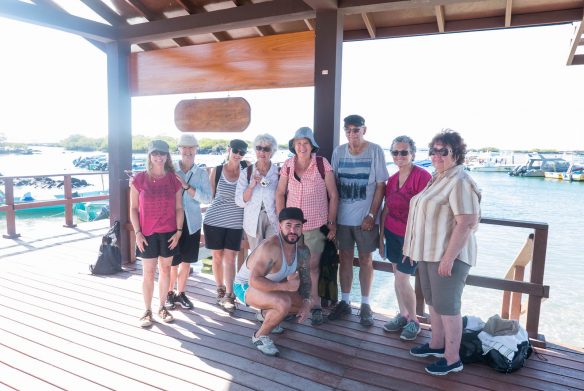 My tour group in the Galapagos Islands. 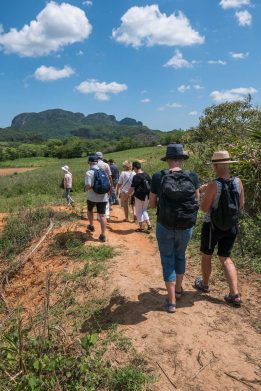 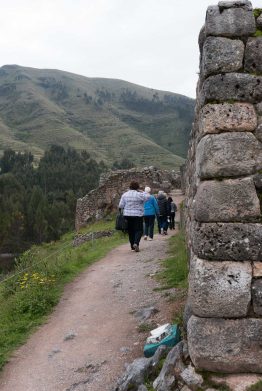 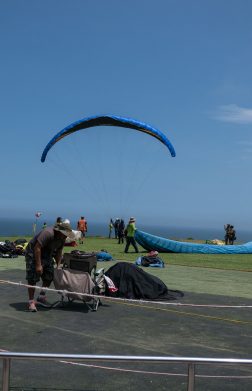 Getting ready to paraglide in Peru

The company generally attracts older solo travellers –somewhere between the ages of 45 and 75. Often, they’ve never travelled before; sometimes they’ve only recently lost their life partner. But they’re all trying something new, making the most out of life.

I’ve had people in their seventies who have hiked hours through hot sun to reach a tourist attraction, a woman in her late sixties who was determined to paraglide off the side of a mountain in Peru and another who made it as far as you can possibly go through the Cu Chi Tunnels – the small war tunnels – in Vietnam. She went through them on her own.

We take people to the edge of their comfort zone and beyond and they embrace every moment of it.

And while I can sometimes feel a little nervous about what’s next, my solo travellers face it all with gusto.  They force me to challenge my own fears and remind me that it’s never too late to do something new, never too late to tick those items off your bucketlist. Teach me too how to face those fears and overcome them to – there’s nothing quite like getting outside of your comfort zone to know that you’re truly alive. And every time they fill me with a new sense of travel inspiration. A desire to get out and see more, experience more.

In Vietnam we took a boat ride up the Mekong Delta, visited the Cu Chi War tunnels and the Hanoi Hotel prison, we did a street food tour in Ho Chi Minh and Hanoi, spent a night on a junk on HaLong Bay and had clothes tailor made for us in HoiAn.

We went to a water puppet show and an acrobatics show, got caught in the traffic madness on a cyclo tour and checked out the frantic Chinese markets in Hanoi.

I didn’t go with my group to Cambodia this time, just a few continued on for the extension tour to Siem Reap to see Angkor Wat; but I saw the photos from that trip. And the one that stuck with me was a pic of all of them, drenched in water, water pistols in hand and ear-to-ear smiles across their faces.

The group was there during Cambodia new year’s eve celebrations and evidently in Cambodia, new year’s eve is marked by a giant water fight. Those from my tour who had gone on made the most of the freedom of being on holiday, they armed themselves with toy guns and took on the locals at their own game. And, as clichéd as it sounds, they truly lived in the moment.

When I come home from a tour I’m excited about the sites I’ve visited, the things I’ve seen and experienced, but equally, I’m amazed by the people I’ve travelled with. These every day people provide me with endless travel inspiration with their zest for life and willingness to embrace whatever travel throws at them, and let’s be honest, travel can throw some tough curve balls!

Who or what inspires you to travel?