Sometimes in life you stumble across a view that is so spectacular, so breath-taking, you have to stop and admire it fully. Using all your senses you listen to the sounds, take in the smells as you frame a photograph in your mind so that you can recall the beauty of a setting so perfect it stopped you in your tracks.

Now imagine if you could look at that view every day. Around the world millions of people pay thousands and thousands – even millions – of dollars for land because of the sheer beauty of the views before them. Such was the view that stopped us in our tracks in Appenzell, Switzerland.

Switzerland is none too shabby when it comes to amazing views. Everywhere you look is the picture postcard scenery you expect in this part of the world – from the majestic mountains forming a dramatic backdrop to endless rolling fields of green. 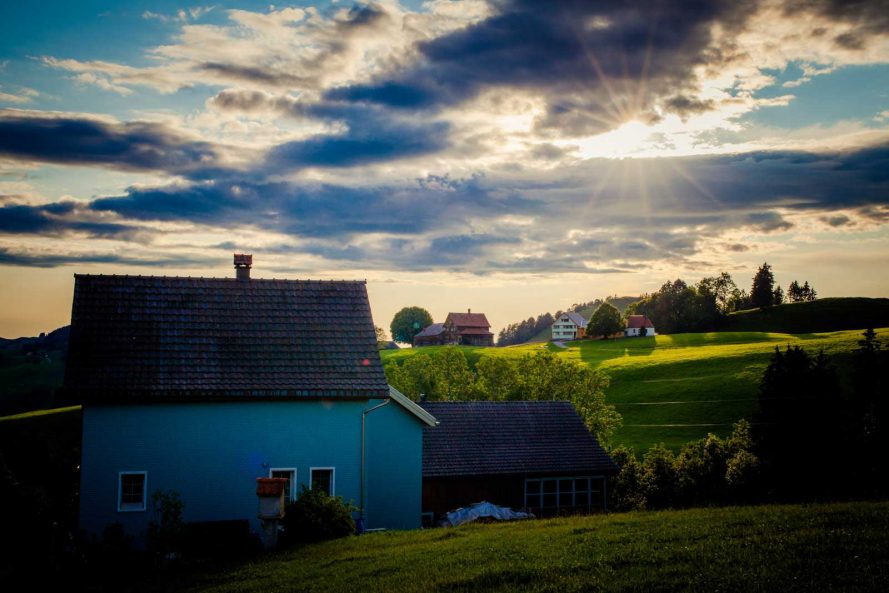 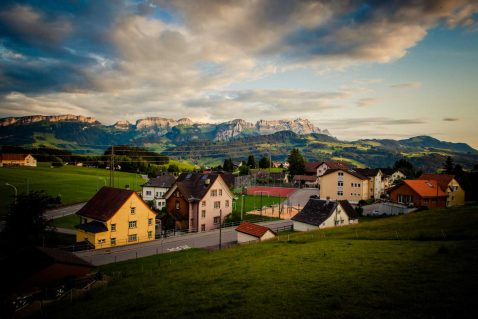 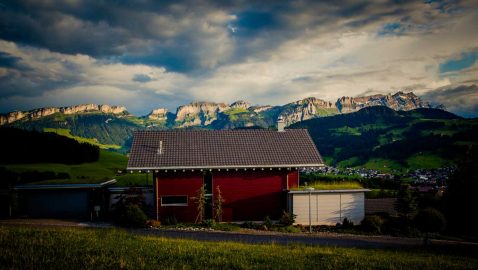 And Appenzell, one of the more traditional villages of Switzerland – they still hold annual town meetings to vote on major initiatives affecting the town by a show of hands–has more than its fair share of stunning scenery surrounding the quaint town centre.

Originally built in the 1100s, the town was burnt by fire in the 1500s. It was rebuilt, and still stands much as it did then. Tourists flock to the town, but there are plenty of walks and activities to ensure you don’t have to fight crowds every step of your stay.

One of the highlights is a trip up Mt Ebenalp which boasts a large cave where the remains of early hermits were found and a chapel and gusthaus built into the side of the mountain. It’s well worth stopping for a drink in the gusthaus – and checking out the bathroom where the rock wall of the mountain forms the walls of the toilets. 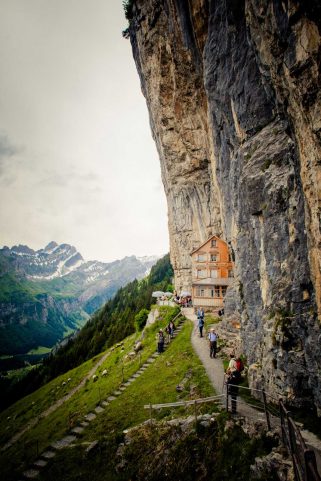 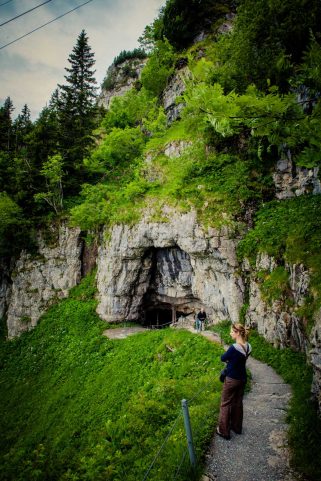 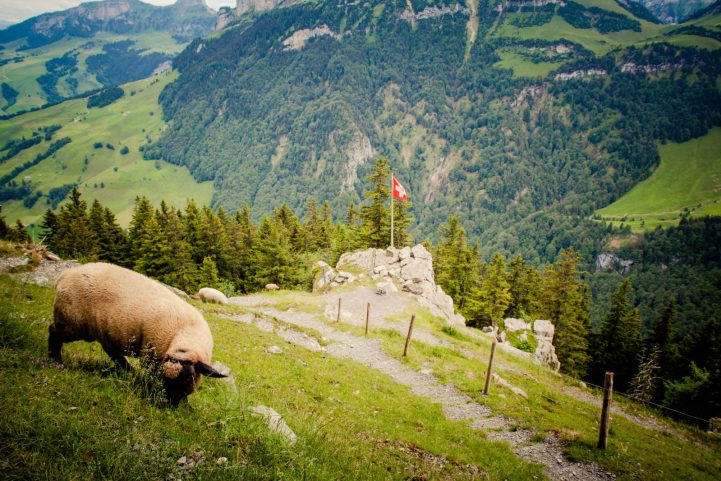 And so it was on a stroll back to our B and B after a day spent frolicking up Mt Ebenalp, that we stumbled across yet more spectacular views. What struck us about this particular view, though, was not so much the mountain peaks casting an imposing shadow over the valley, nor the fields scattered with bell-laden cows.

No, what took us by surprise – and amusement – was that these views formed the backdrop to a chicken coup!

Not for these chickens the shadiest spot in the back garden. Oh no. These chickens had a timber a-frame coup to shade them from those freezing Swiss winter mornings, and lush green lawns to roam through. And if the chickens happened to look up from scratching around the ground, they would be met with breathtaking views across the Appenzell valley and up to the local mountain ranges.

Kind of makes you think, perhaps coming back as a chicken in another life might not be such a bad thing afterall!

Scroll down to see next article
France