A train ride in the world’s top 10, ancient rock formations and breathtaking scenery? And all within a few hours flight of Australia?  In our latest You’ve Been Where post Mark Franks takes us on amazing tour of New Zealand’s South Island. And thanks to Mark, we’re now planning a trip back there just for that train journey!

Hi, I’m Mark Franks and I’m a 48-year-old journalist living in a regional city called Burnie on the north-west coast of Tasmania. I have had more than 30 years’ experience in the newspaper industry (even I find that hard to believe) and work for Fairfax Regional Media as part of their editorial production hub. As a production journalist, I am part of a 30-strong team, spread out across the country, who are responsible for ensuring more than 150 regional publications make it to the press on time each week.

I have always called Burnie or Tasmania home and while I spent much of my earlier life doing all the responsible stuff like buying houses, paying off a mortgage and pursuing a career, it hasn’t really been until I reached my 40s that I decided I would like to see more of the world we live in. I still enjoy coming back to Tassie after my adventures and I appreciate how lucky I am to live in a very beautiful part of the world.

Where have you been and when did you go?

I spent a week exploring New Zealand’s South Island in May.

My two best mates, Marcus and Joel. Marcus is a registered nurse and works in the emergency department at the hospital in Burnie, Joel is a public servant and is based on the Gold Coast. Both say their jobs are much more highly skilled and demanding than my own!

Where do I start? So many highlights in a short space of time.

The train journey between Greymouth and Christchurch is hailed as one of the top 10 train journeys of the world and I can see why.

The scenery was truly breathtaking and the train was a special way to appreciate the sheer beauty of the South Island in total comfort. It even included passing through a couple of tunnels that had been carved into the majestic mountains. One of us may have found the pitch-black darkness slightly terrifying, but that can stay a secret among friends.

It was also fun exploring the Pancake Rocks and Blowholes at Punakaiki. The beauty of these ancient formations is inspiring and provides some awesome photo opportunities.

The historic gold-mining town of Arrowtown is definitely worth a visit. For those with a sweet tooth, The Remarkable Sweet Shop is a picture-perfect old-fashioned lolly shop and was certainly popular on the day we called in.

We loved the vibe in Queenstown. It’s a bustling tourist city with a prosperous feel to it and its size isn’t intimidating. There’s also quite a few shops and eateries to explore.

We spent a day a Lake Tekapo and it’s a visually stunning place. In fact, the unique turquoise colour of all the lakes and rivers we encountered just added to the magic. We knew we were exploring somewhere special.

As far as accommodation goes, we were impressed with all our choices, but the stand-out would have to be the QT Queenstown. This boutique hotel only opened its doors in December and the only word to describe the room was ‘wow’! The bathroom especially was to die for. The cocktail bar and in-house restaurant were both superb. On the night we stayed, several chefs were preparing a broad range of delicious food and we could select from their offerings while having the opportunity to speak to them.

A close second was Peppers Bluewater Resort at Lake Tekapo. The view from our accommodation across the lake and small township was amazing.

There was actually very little that was not to like, but probably the most disappointing was the four-hour each-way coach tour from Queenstown to Milford Sound, with lunch on board a cruise boat.

I should say it took Joel some convincing that this would even be a good idea to include in our itinerary after he and his parents endured a particularly arduous coach trip to the Grand Canyon a few years ago.

So it was with some reluctance he agreed.

It made for a long day and while our driver was knowledgeable and friendly, the cruise was something of an anti-climax. Picture trying to even get a glimpse of world-class scenery through fogged-up windows and you get some idea where we are coming from. 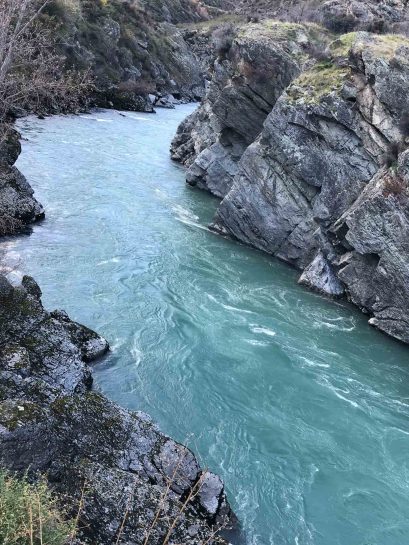 The serenity of Kawarau Gorge 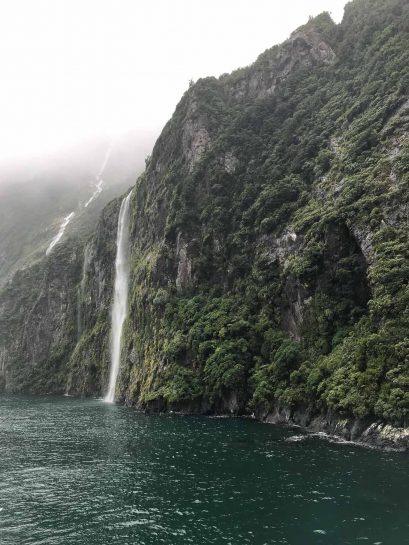 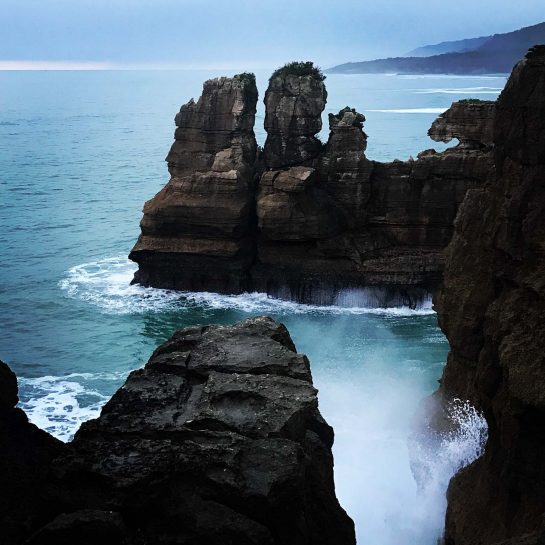 The stunning sites of Punakaiki Pancake Rocks and Blowholes 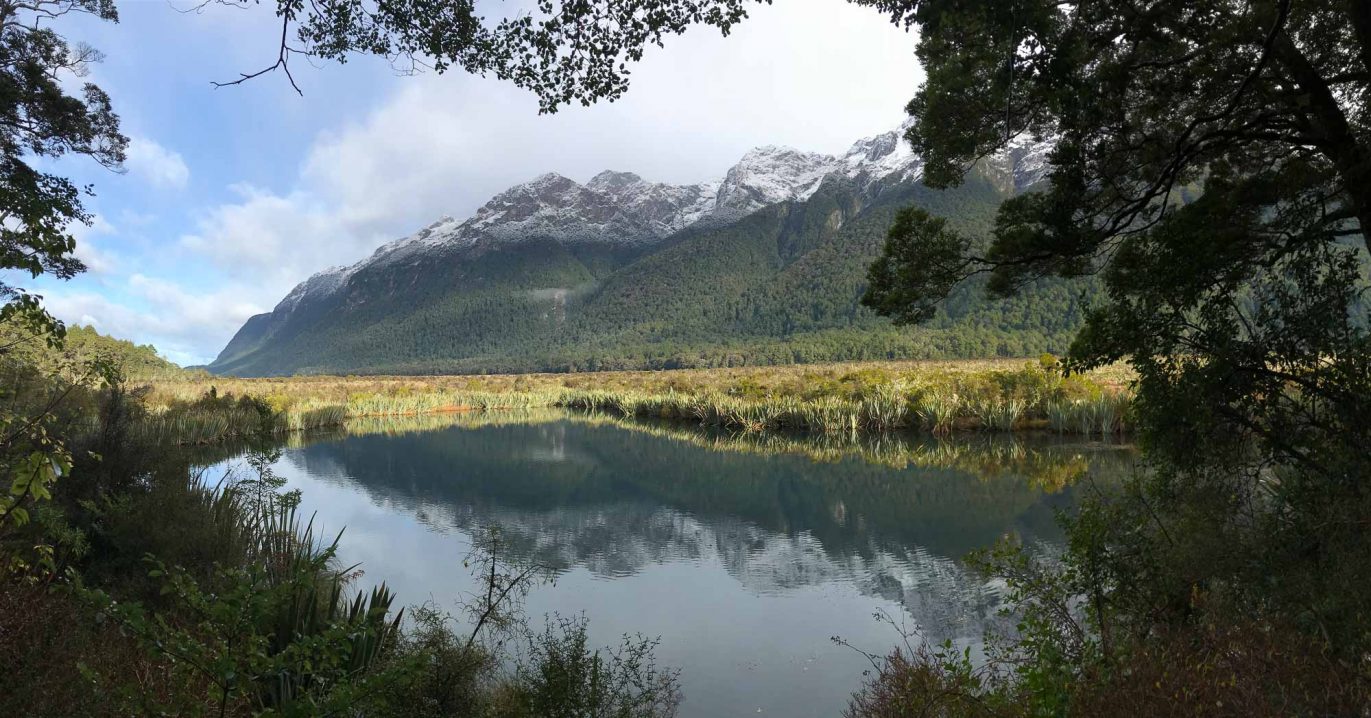 On the way to Milford Sound

Add to this that the boat ran out of sandwiches and we weren’t the happiest of campers.

The driver told us that some people have said to him the scenery on the actual journey to Milford Sound is actually more spectacular than the destination itself.

On this occasion, at least, I think he was right. And Joel remains dubious about coach trips

Too many to mention. Marcus says everything was funny on the road trip. I’m still not quite sure what he meant by that.

Amazingly friendly. In all the accommodation places and eateries we visited, the service was spot on. There was never an eye roll or an, ‘oh great, we actually have to help these guys attitude’. New Zealanders seem to be very much aware how important tourism is to their economy and will often go out of their way to help you. One example of such genuine hospitality was the final night of our trip in Christchurch. We were looking for somewhere for dinner and one of the bartenders at our hotel went out of his way to recommend a nearby Thai restaurant, even drawing a map. We were impressed, even more so when the unassuming little café he recommended ended up serving some remarkably delicious Thai cuisine.

Ahh the food. The South Island really is a foodie’s paradise. From our amazing first-night meal at the Commodore Hotel in Christchurch, none of us were left disappointed by both the quality and choice of dishes we experienced. As you would expect, there is often an abundance of lamb on the menu, and they certainly know how to cook and present it. There was also plenty on the menu for us to choose from at most places we ate at. With two of us coming from Tassie, we are often spoilt when it comes to food that showcases the best of fresh, local produce, but New Zealand certainly gives us a run for our money.

Did you learn anything about yourself or the world on the trip?

I half-jokingly told my mates at the start there was a defined temperature range that I could survive in. That is between 13 and 25 degrees. Anything beyond, and especially below these extremes, and we could find ourselves in trouble. The fact I managed to survive a particularly bleak day in Greymouth, with a temperature in the single figures, I still regard as a true test of stamina. According to my travel buddies though, yeah, not so much.

Definitely. For those looking for a low-fuss destination that is easy to get around, with some spectacular scenery virtually at every turn, New Zealand’s South Island should be your next must-see destination. You can be as outdoorsy as you like, but for those whose bucket list doesn’t include bungee jumping (yep, that was all three of us), there is still much to see, do and admire. 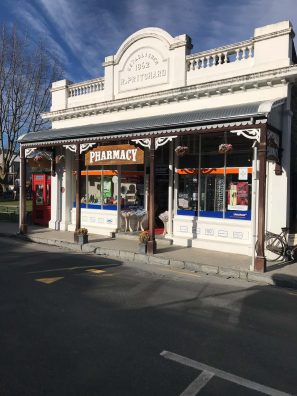 The beautiful old pharmacy at Arrowtown 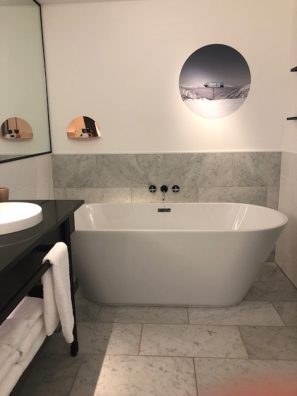 We had to include this pic of THAT bathroom at QT 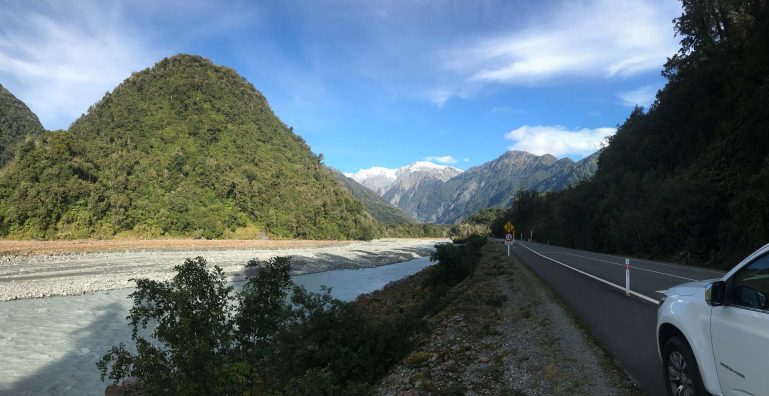 On the way to Franz Josef Glacier

Do you have any tips for others thinking about travelling here?

Sit back and enjoy the ride. New Zealand’s South Island is incredibly easy to find your way around by car. And for those who can’t resist a good photo or social media opportunity (I travelled with two such people), be prepared to stop multiple times between each destination for that ‘pull over, I have to get that shot’ moment.

Been somewhere recently? We’d love to hear about it. Drop us a line or tell us about it below. 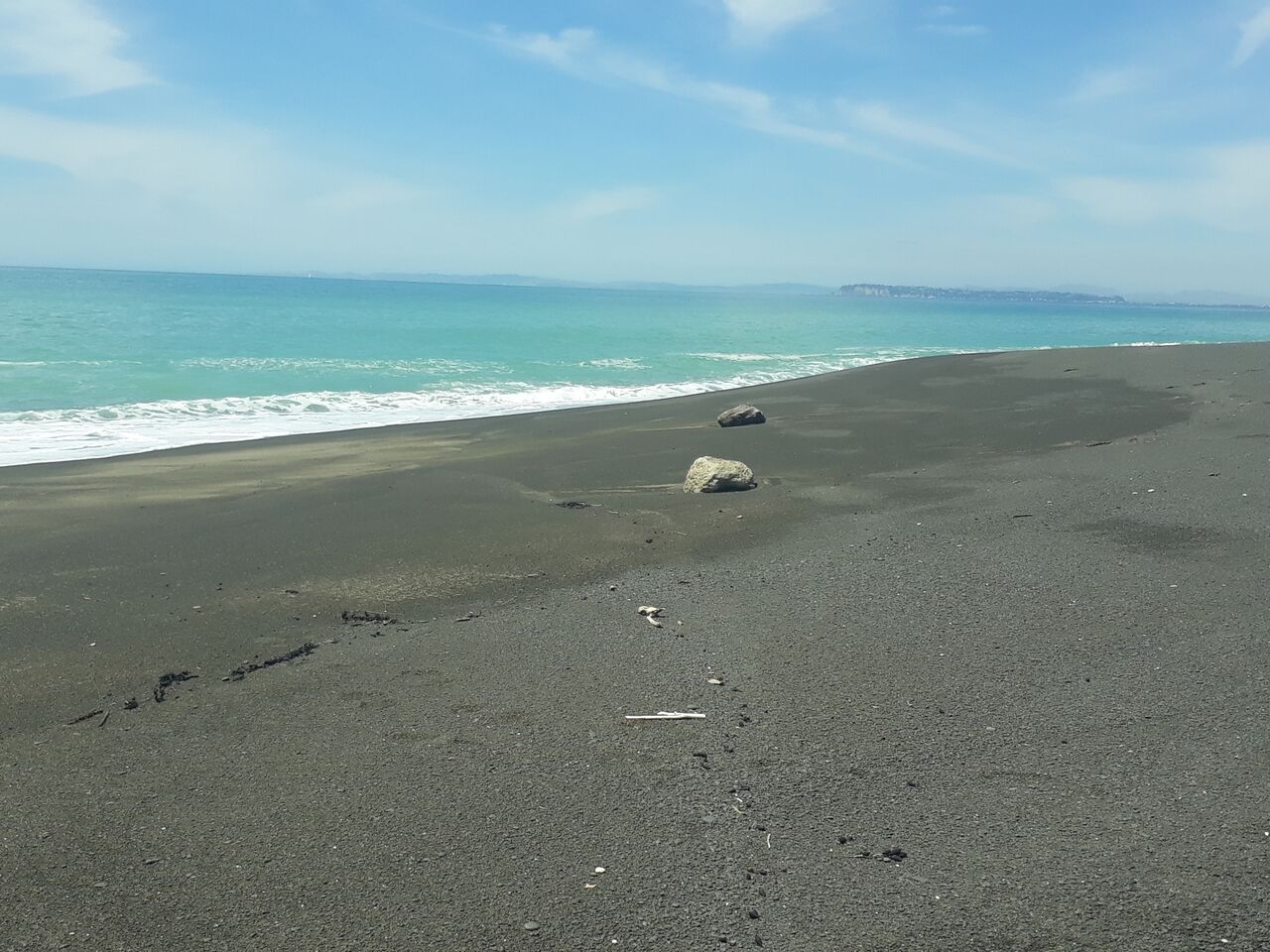