Nestled at the base of the majestic Mount Kilimanjaro, Amboseli National Park has perhaps one of the most stunning backdrops of all of Kenya’s National Parks. At 392 square km, the park is relatively small by African standards, however it is certainly not small on animal viewing.

Our viewing experience began before we had even checked into our accommodation with the sighting of a giraffe on the side of the road.

From our tented campsite – Kibo Guest House – we looked out across the national park and onto elephants, monkeys and more giraffe grazing in the woodlands. While the monkeys were cute to watch and photograph as they played around the campgrounds, we soon discovered that they weren’t always so entertaining.

Arriving back at the campsite from our first game drive we discovered a couple of the little creatures had made their way into our tent and had a wow of a time with our toothpaste, tissues and sunscreen. Fortunately their antics were contained to the bathroom!

Like much of Kenya, Amboseli was in the grip of a long-running drought when we were there, which had caused devastation across the park. Carcasses of wildebeest and zebra were scattered throughout the park ensuring that the only well-fed animals were the scavengers. 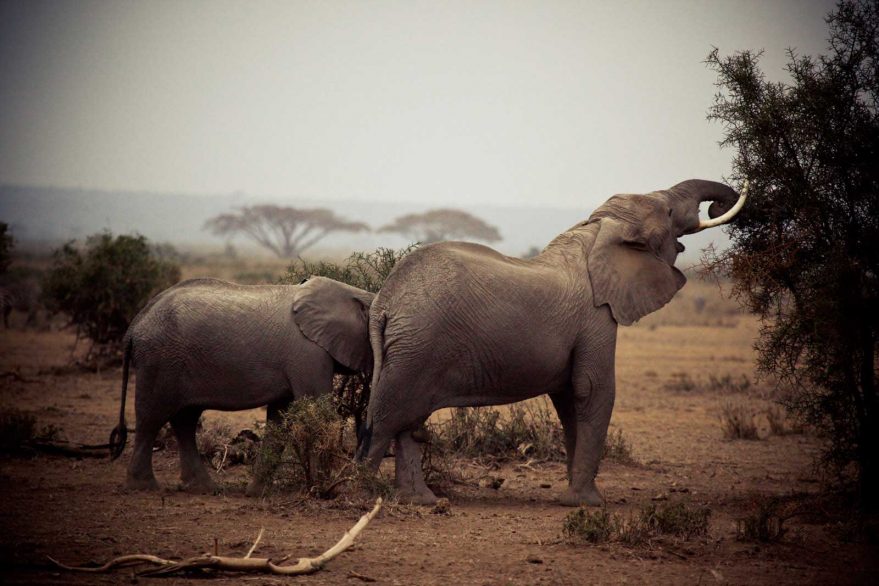 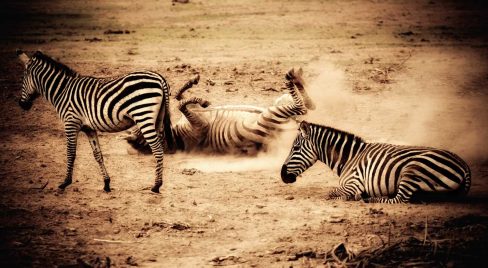 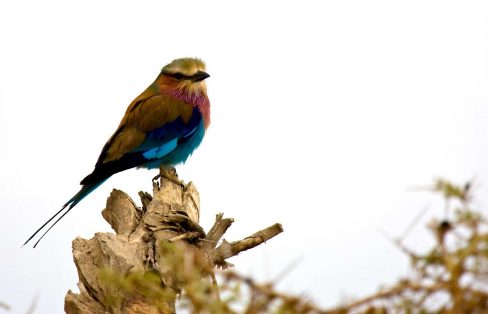 The bittersweet side to the drought means that game viewing is relatively easy in comparison to other, more lush parks.

On our first drive we saw a cheetah within minutes of arriving in the grounds, a heap of elephants, zebras and wildebeest, as well as buffalo. Not bad considering we were only in the park for two hours.

Throughout our two days of game viewing at Amboseli, we also saw four different prides of lions, including a male, hyena and vultures. We were also fortunate to see a baby impala seconds after its birth so watched in amazement as it took its first steps. Mirrored against the death all around in Amboseli, it was a true reminder of the circle of life.

However the best was perhaps saved for last, as we drove out of our campground on the last day we saw a mother and two baby elephants right beside the road.

It was on this day also, that Mt Kilimanjaro, which had been hidden by cloud cover for the two days we were at the park, finally came out for a viewing in all its glory.

There is something quite magical about the snowcapped mountain of Mt Kilimanjaro reaching up to the heavens in the middle of the harsh, dry African landscape.

Amboseli is about a five hour drive from Nairobi. The road was still under construction when we travelled it, so we hit everything from new bitumen to sand trails – for those that have seen the Long Way Down with Ewan McGregor that’s pretty much what the road was like – fortunately we were in a four-wheel drive van, not on bikes.

We stayed at Kibo tented campsite.

We were here for two nights

Was it long enough? We saw so much in the two days we were here; it was the perfect amount of time in this park.

Highlights: The wildlife – there is something magical about seeing wildlife in the wild – watching an impala take its first steps and the parting of the clouds revealing the majestic Mt Kilimanjaro.