The rain is teeming down and we’re stuck, holed up in the souvenir shop at the Roman Forum.

We’ve already seen the Colosseum, spent the morning wandering through the amphitheatre with Lara our tour guide. The sun was shining then. We were able to wander through the ruins, alongside the thousands of other tourists, stopping to marvel at the size of the bricks used to make the stadium, and to peer out through the ‘windows’ onto the city below.

The Colosseum is every bit as impressive as you expect it to be. It is big, it is brash and there is a lot to see. It’s hard not to imagine the lions in the pit of the stadium and gladiators making their way into the centre.

I watched a documentary once, which compared how quickly crowds could get out of the colosseum versus a modern stadium during an emergency. The documentary, of course, used computer simulations to compare the stadiums based on the locations of the internal and external exits. It found that it would be quicker to get everyone out of the Colosseum than the most modern, highest-standard stadiums of today, not by much, but it’s still a pretty impressive feat by the Romans!

So we leave the Colosseum, sun still on our backs, but with clouds starting to appear and amble past the Arch of Constantine and over to the gates of the Roman Forum. We just make it inside when the heavens opened. And here we are

To make matters worse, it’s the end of summer and they haven’t had rain for months so the ancient drains can’t cope with all the water. Even if we wanted to brave the rain, the path ahead is blocked, the rain settling on the paved entry square and rising precariously to the top of the first step.

We think ourselves lucky – at least we hadn’t set out into the ruins yet. And slowly but surely those caught out in the rain start to appear, drenched. With no warning of the weather change few had come prepared with umbrellas. We buy out the plastic ponchos in the shop and as the rain begins to ease and the water slowly starts to drain away, make our own way out into the ruins. 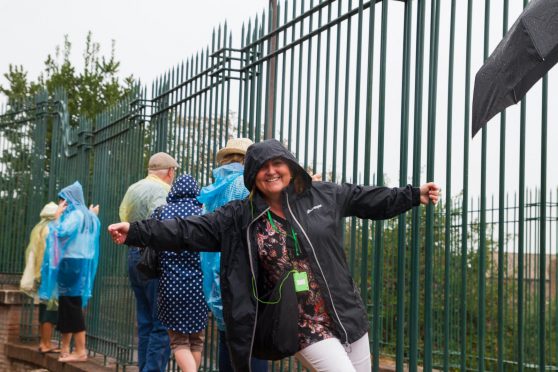 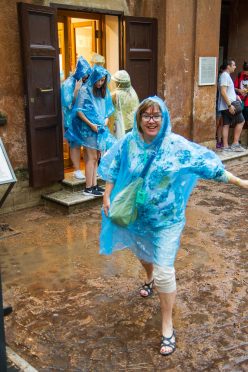 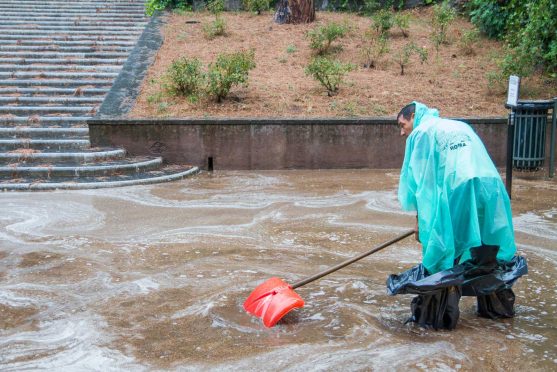 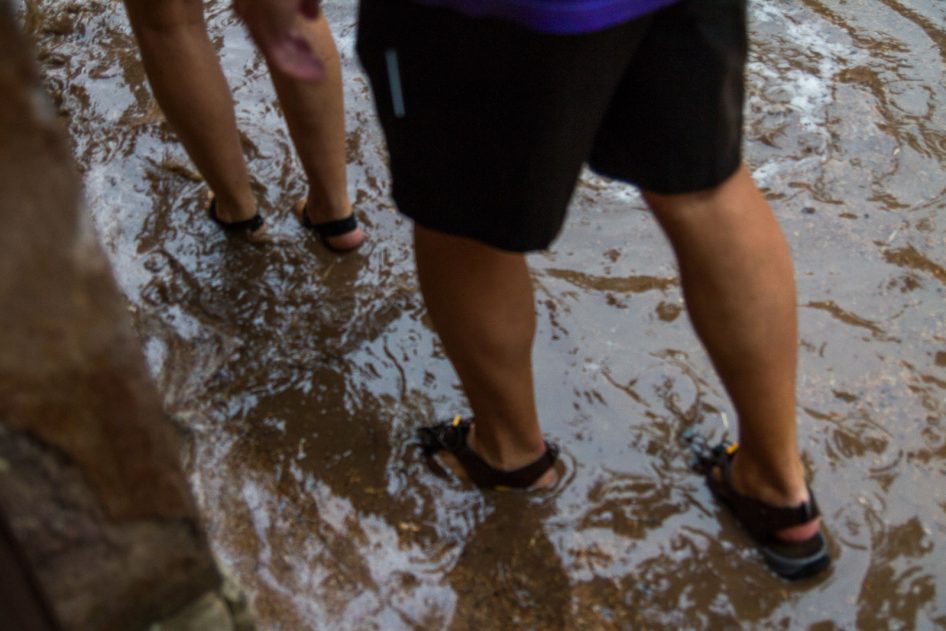 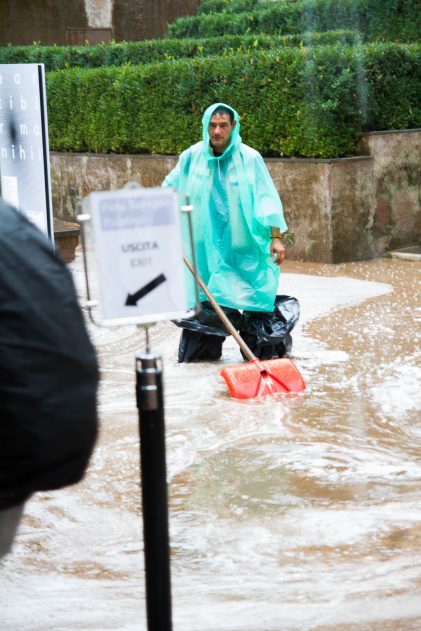 It’s hard to concentrate on the history and appreciate the importance of these ruins with the rain still falling and large puddles blocking our path at various points along the way.

But I can remember when we were here 10 years ago, on a sunny day, walking quickly through the ruins to get to the Colosseum and hearing a guide talking about the Arch of Titus which commemorates the Roman Empire’s success in ‘sacking’ Jerusalem in 70AD. The age and significance of that particular structure blew us away.

But that’s the thing about Rome – so much history and so many monuments commemorating the force and might of the Roman Empire.

And then there’s the Vatican. The first time we visited Rome and the Vatican I was equal parts overawed and sickened by the wealth and opulence of the place. Here is a place where artwork and gold drip from the walls, while outside gypsies and beggars accost tourists for money. But if you can get over the wealth of the Catholic Church, Vatican City is a remarkable place to visit. 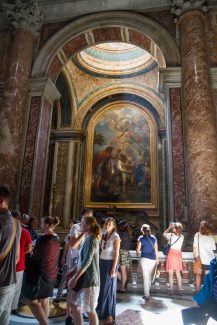 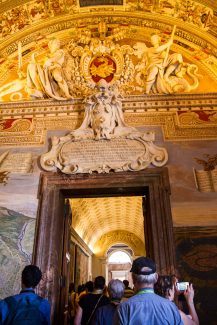 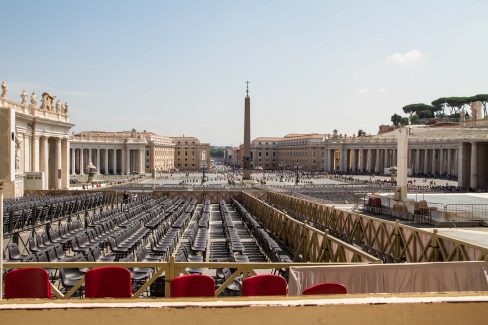 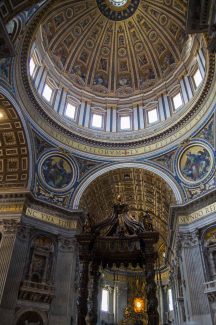 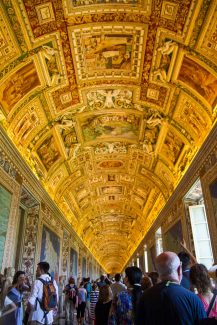 And seriously, how can you not visit the Sistine Chapel while in Rome? It didn’t hold the spiritual air that I thought it would – but that may have more to do with the sheer volume of tourists in the chapel at any one time and the constant hum of the ‘shushers’ trying in vain to stop people talking.

There is so much to see at the Vatican you could spend days looking around it, but what ever you do, set aside plenty of time to meander through St Peter’s Basilica. The sheer scale of the cathedral is mind-blowing and there is so much to see – statues, paintings, tombs, altars… it’s hard to know where to look.

Rome is like that; you simply never know where to look. There’s the Spanish Steps, the Pantheon and the Trevi Fountain. But one of the things I love most about Rome is the ruins and monuments you happen to stumble upon while wandering through the city. Somehow we found ourselves outside the President’s Home and inside a beautiful cathedral.

But one of my favourite structures in Rome is the Il Vittoriano. I know many locals are appalled by the structure – it doesn’t have the historical credentials of its neighbours. But the size of this white marble structure never fails to impress me. Built between 1885 and 1911 to commemorate a unified Italy and its first King – Vittorio Emanuele II, the Il Vittoriano is often derided as the ‘wedding cake’. When the structure was being built a celebratory dinner was held. Inside the stomach of the large bronze horse that carries Emanuele II. Inside just a small part of the overall monument. Impressive huh? 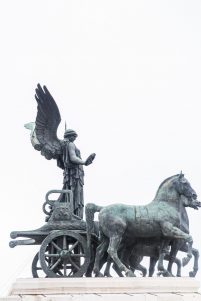 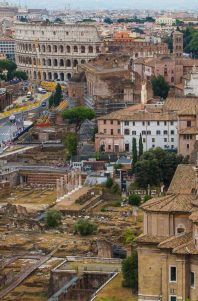 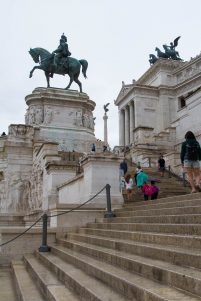 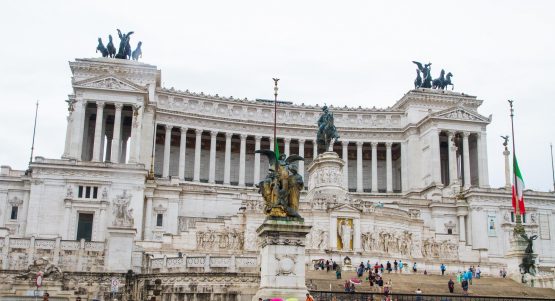 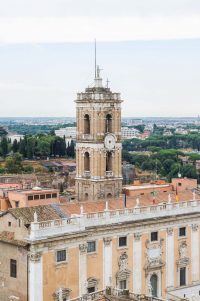 View from the Il Vittoriano

And as if that’s not enough, from the top of the structure you get some amazing views over Rome, and in particular the Colosseum and the Roman Forum.

Fortunately by the time we made our way to the top it had stopped raining. Just.

Was it long enough? There is so much to see, three days gives you a taste of the city, but you could spend weeks, if not months here!

Highlights: Where to begin? There is so much to see in this city – the Vatican, the Colosseum, Roman Forum, Il Vittoriano, Pantheon, Spanish Steps and then of course there are the piazzas…

I visited Rome as a tour host with the awesome Melbourne-based travel company Two’s A Crowd. 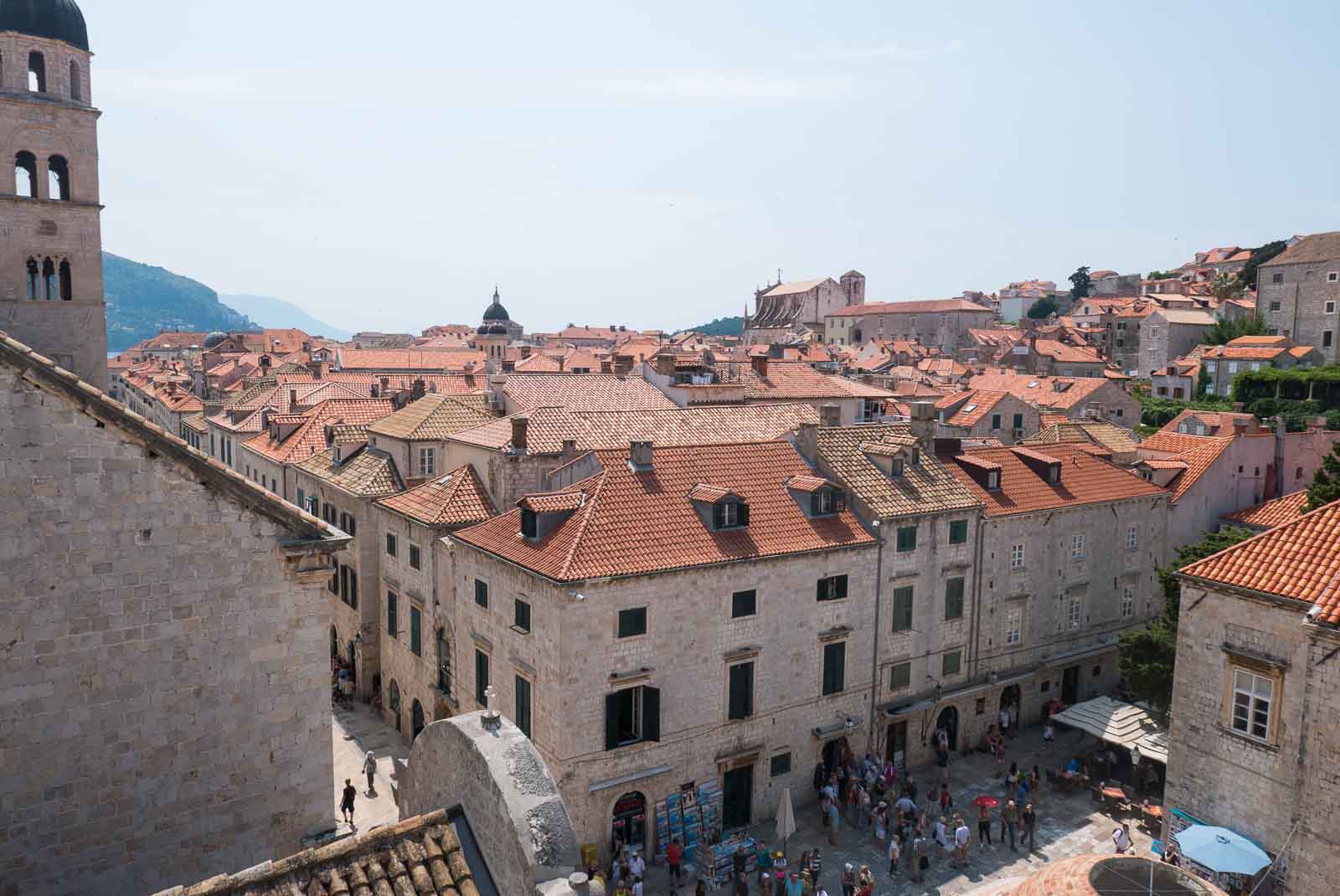