Tripping through the Cotswolds… road trip with the inlaws #2

After a couple of days in London we were keen to get out into the countryside of England and what better place to explore than the Cotswolds? So we headed north, first stop Oxford. London is amazing, but gee it was nice to get out of the big city.

The inlaws breathed a collective sigh of relief as they were finally out of the craziness of London – and the tiny rooms we had endured at Earl’s Court. It’s fair to say they slept their way around the Cotswolds, no sooner had we started the engine than the two of them began sleeping in the back seat.

Oxford itself is a beautiful historic old town. The grounds attached to the various colleges are stunning and the old buildings spread throughout the town are gorgeous. For me, one of the best things about Oxford is knowing the amazing minds that have studied here over the ages and the footsteps you are walking in. 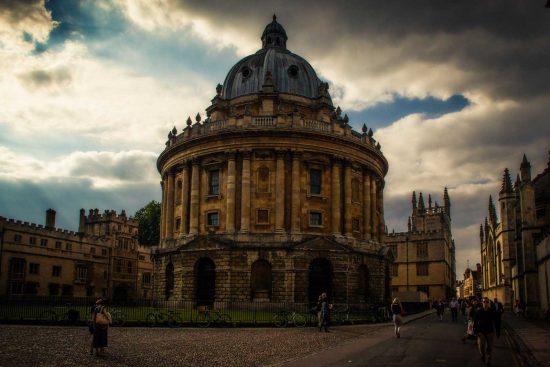 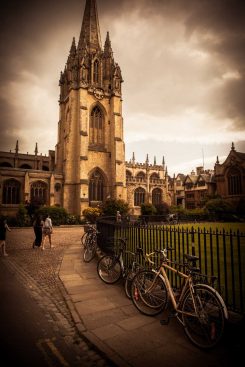 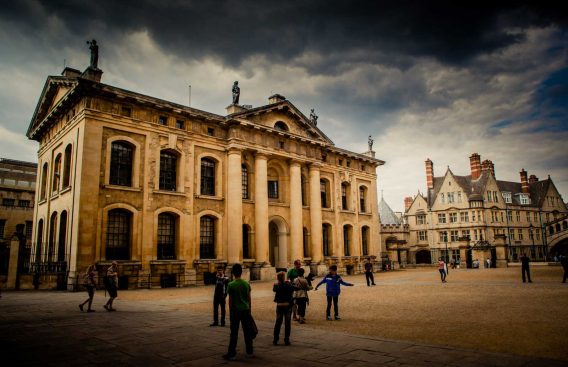 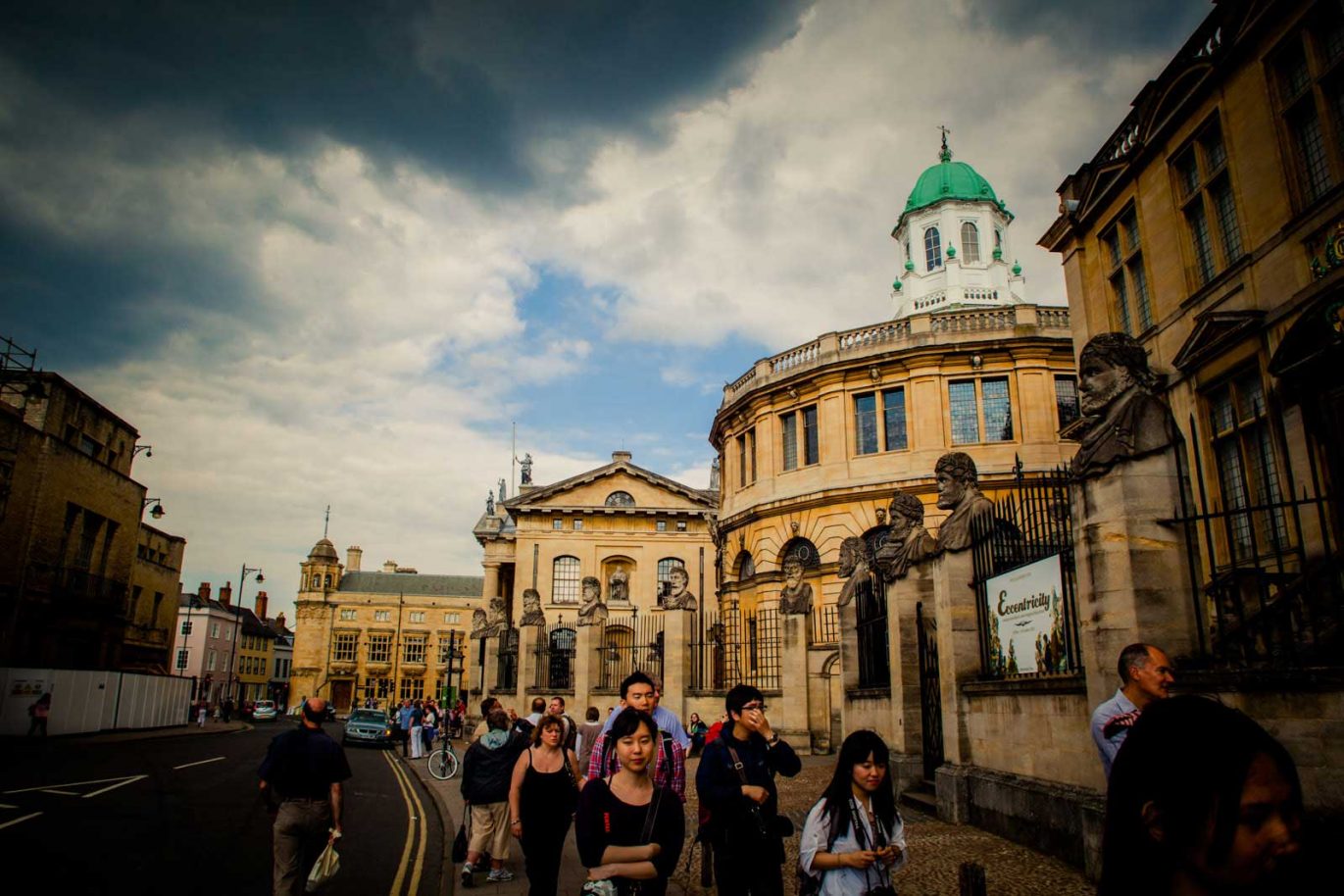 It can be a little hit and miss as to which colleges you can go into, but the town itself is easy to walk around and is simply lovely.

But I have to say, if I am to be honest, even more beautiful than Oxford is Bath. The Roman Baths were far more interesting than I had expected. I thought the baths consisted of just one large bath (that may just be me being naïve, but that’s what you see in all the brochures after all). But the baths are an amazing array of rooms built in Roman times as a meeting place. Somewhat like a spa today, it included massage rooms, steam rooms, various baths and healing rooms – of course I walked out wanting a spa treatment. It’s ok, so did my mother-in-law, but alas there was far too much to see.

The town is also beautiful. The abbey, next door to the baths, is stunning and the town was home to many famous writers including Sir Walter Scott, Lord Byron and Jane Austen.

Bath and Oxford were a charming introduction to the Cotswolds and I was really keen to explore further – who doesn’t want to see the birthplace of Shakespeare? We discovered so many other little towns along the way. Stow-on-the-wold, Lacock and Stratford-Upon-Avon; one quaint village after another spread through amazing countryside.

Stow-on-the-Wold was deliciously quaint, Lacock was rustic but Stratford-Upon-Avon was by far my favourite – but that could be the Shakespeare influence!

Shakespeare’s house, Anne Hathaway’s home and Shakespeare’s grave, his influence on the town is everywhere. We didn’t have time to get to all the Shakespeare attractions and really who needs to see his granddaughter’s house? But his house and Anne Hathaways’ cottage were very interesting.

After a week in the Cotswolds we piled back into the car – our packing of the Peugeot 308 was getting down to a fine art – with so much luggage, it could only go in one way – and made our way toward Nottingham, with a castle stop at Warwick on the way. 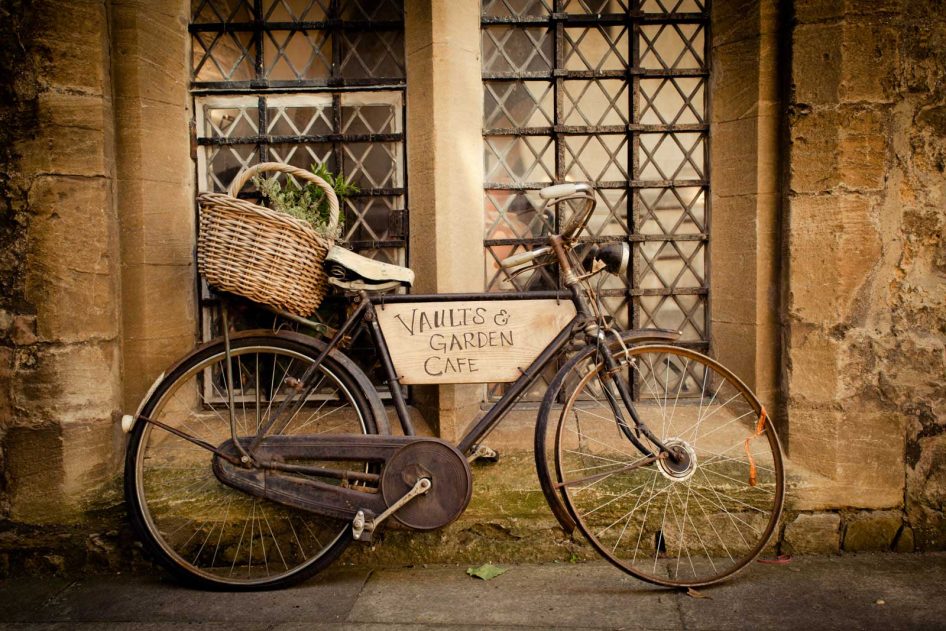 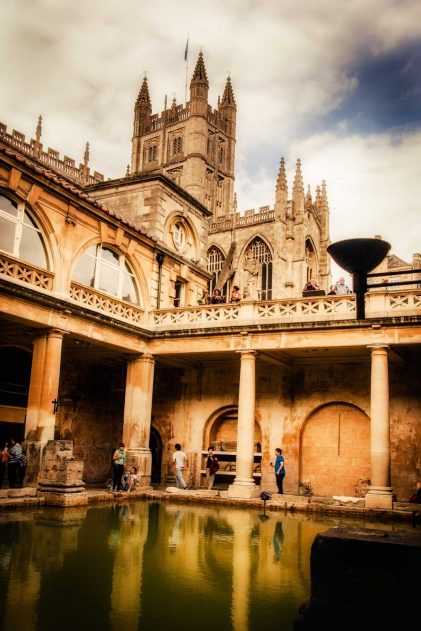 We had heard good things about Warwick Castle, and from the website it did indeed look impressive.

We were warned to get there early, before the crowds, so arrived at 8.45am, unfortunately it didn’t actually open until 10am so we had a bit of waiting around, but it did mean we were pretty much the first in line. Sure enough by 10am the queue was huge. There are a range of different tickets you can get to go into the castle, with all different extra options you can pick.

We just bought the basic ticket, which gave us plenty to do throughout the day and gave us a good look at the castle.

Unfortunately it poured with rain all day, which limited some of our activities. Some of the outside attractions were also closed because it wasn’t yet high season. This was disappointing, as we still had to pay full price. 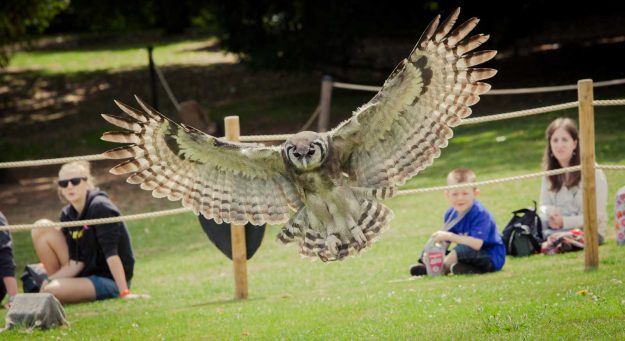 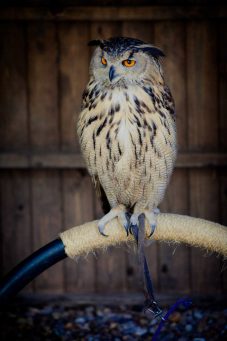 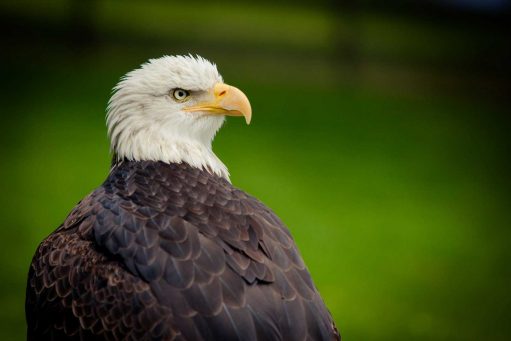 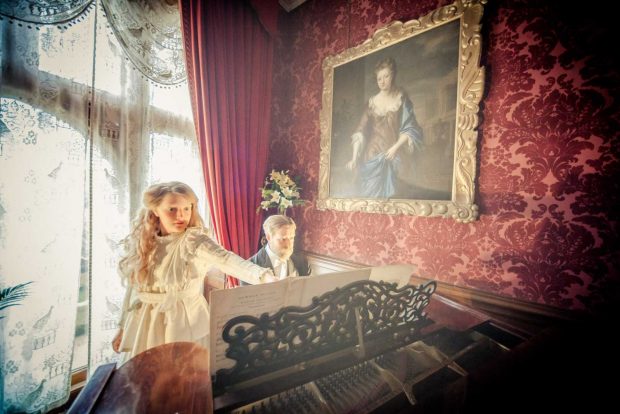 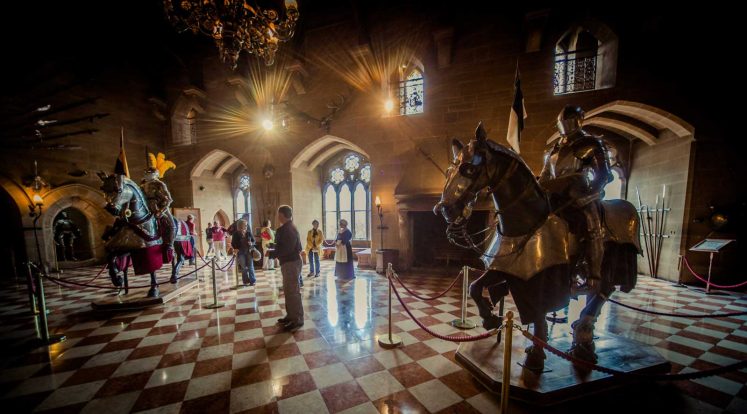 Nevertheless, the castle was fantastic. It was owned by Madam Tussauds and all the rooms were set up as they would have been in a functioning castle. In some rooms they used wax dummies (created by Madam Tussauds so they were very lifelike) to guide you through life in a castle. In other rooms they used actors who were there to answer questions and guide you through the rooms.

One of the most interesting stories (well to me, anyway) focused on the secret liaisons of the 19th century. It was set up as a weekend dinner party hosted by Daisy Greville, the Countess of Warwick and her husband Francis and talks you through some of the scandals of the time. And really, who doesn’t love a good scandal?

Ever been to the Cotswolds? We’d love to know what you thought. What was your favourite town?

We stayed at various B and Bs including: Stay Tree Hotel in Oxford, Pickwick Lodge Farm in Bath, Old Stocks Hotel in Stow-On-the-Wold and Aidan Guest House in Stratford-Upon-Avon. All were lovely.

We were here for five days.

Was it long enough? There is always more to see, but we managed to see a lot without feeling rushed. We saw everything I was hoping to see.

Highlights: Where to begin, I mean it’s the Cotswolds, every building, every streetscape, every vista is gorgeous. I loved every moment, but Warwick Castle, Bath and Stratford-Upon-Avon really stood out to me. 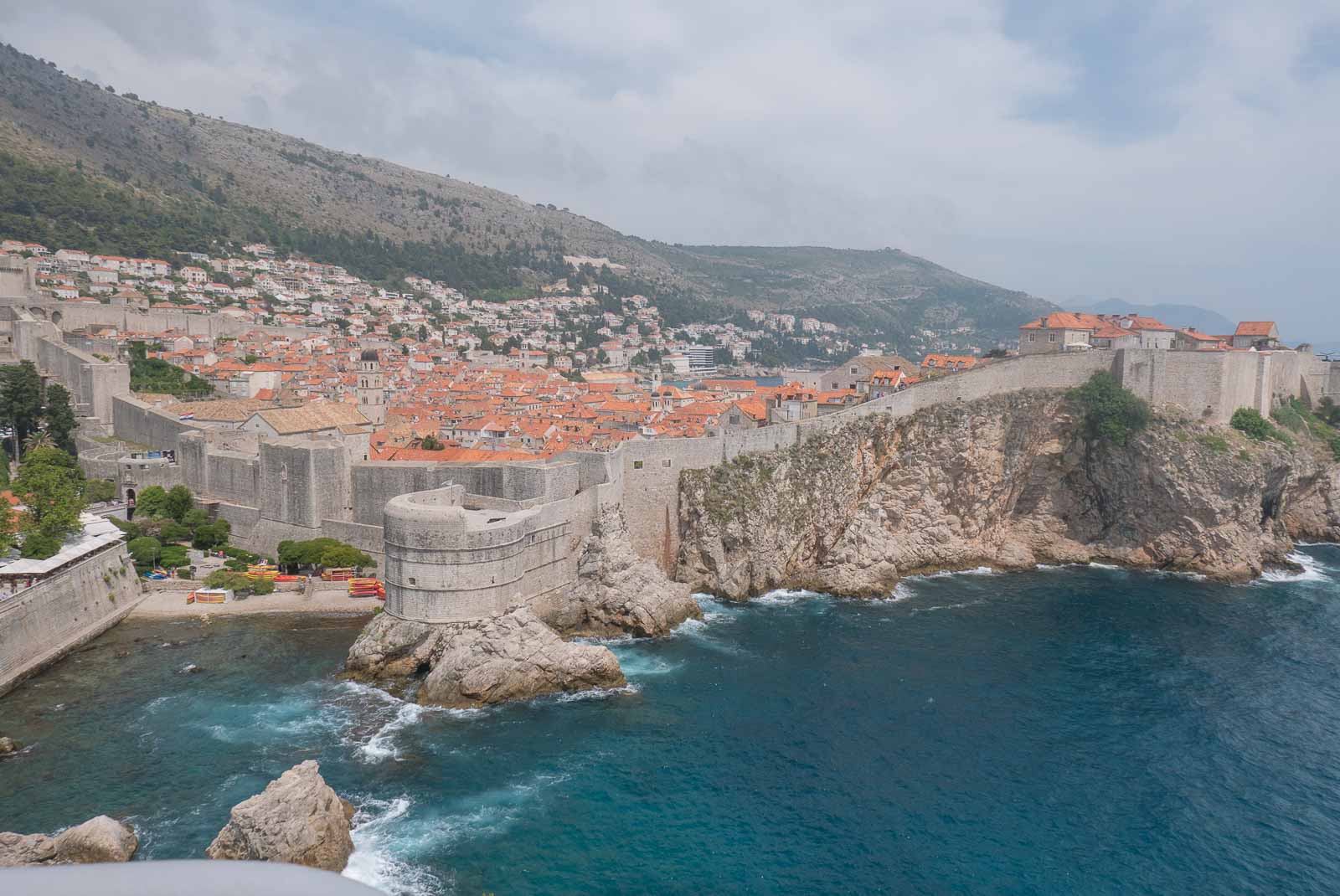 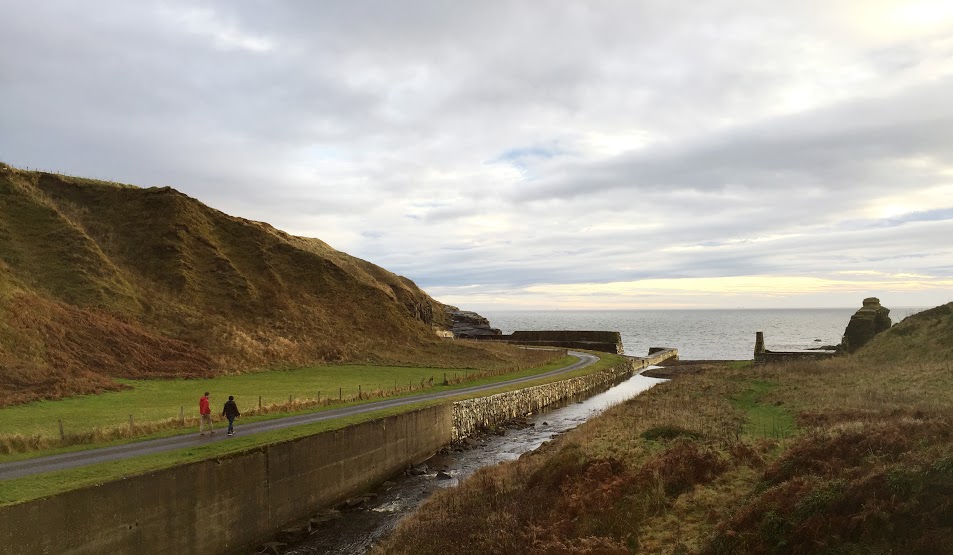 Europe UK You've been where?

Scroll down to see next article
Africa Kenya Wildlife