Relaxing in the riverside town of Kampot

Cambodia is hot, busy and chaotic. We had only been in the country two days and already we had worked that out. But then we discovered Kampot – a small town set on the banks of the Praek Tuek Chhu River. It is chilled, serene and beautiful.

We were here to visit the Hill Station in Bokor National Park, a now deserted series of buildings built by the French in the 1920s as a luxury holiday destination for those with money. But it was abandoned long ago and you can now do day tours around the decaying buildings.

Our bus arrived good and early for the two hour drive to Bokor. The Hill Station, set in the national park, comprises a church, an old casino, temples and a palace. There is also a very large hotel/casino that has been built fairly recently to make the most of the growing interest in this part of the world! 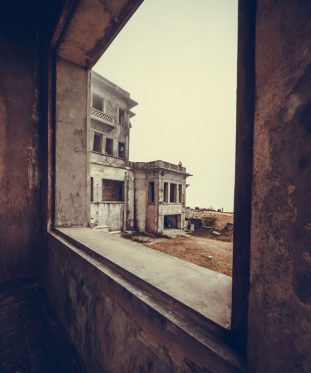 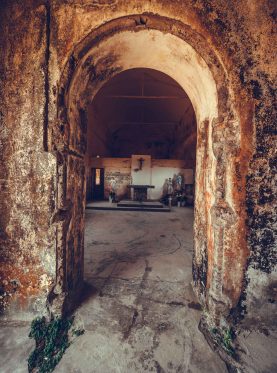 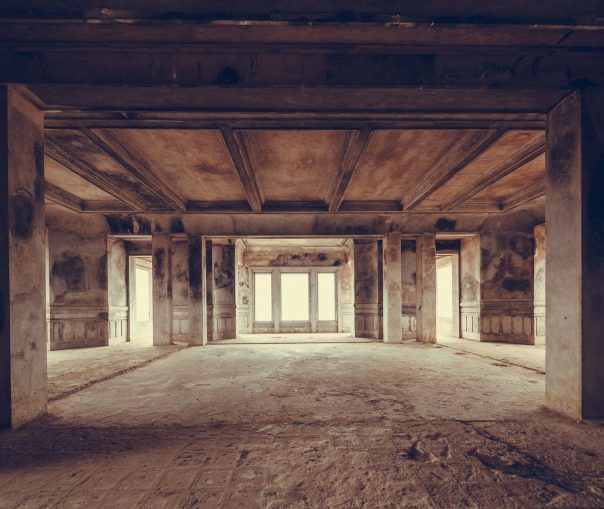 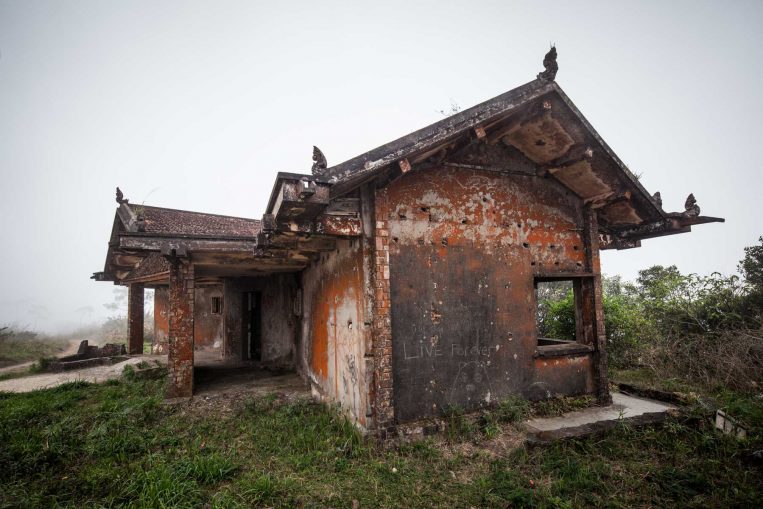 The ‘station’ is up so high that on the day we were there clouds continued to roll over us – one minute we could see a giant Buddha statue on the opposite side of the road, the next it had disappeared completely, covered in mist.

But this only added to the atmosphere of the abandoned town.

The most interesting part of the tour was the old casino. Three floors of what was no doubt in its day absolute opulence but which now stands derelict. You can walk through the building exploring the various levels and trying to work out what each room might have been used for. And of course there are amazing views out across Cambodia from each floor of the building – at least there would be on a clear day! We managed to catch glimpses of the views between the parting of the clouds but largely were looking out at the mist that surrounded us.

The tour included a sunset cruise along the Praek Tuek Chhu River, which was awesome – definitely worth doing. For about two hours we sat on top of an old timber boat watching the sun set over the river. Oh and there is a short stop at a bar along the way – make sure you pack your bathers – as you can do all sorts of water activities at the bar! 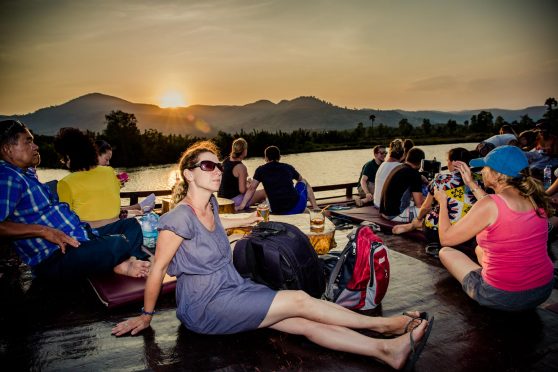 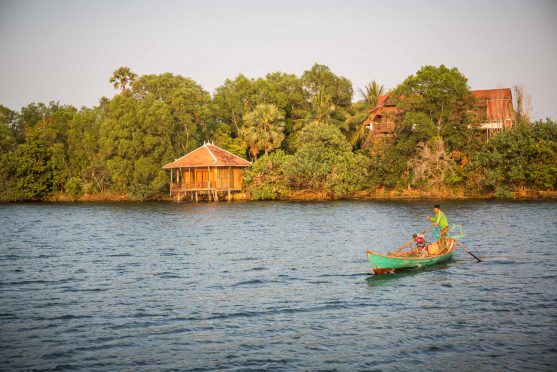 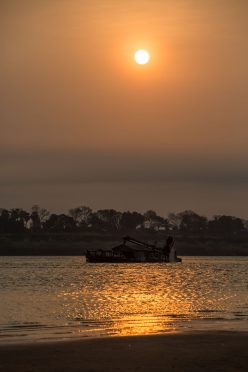 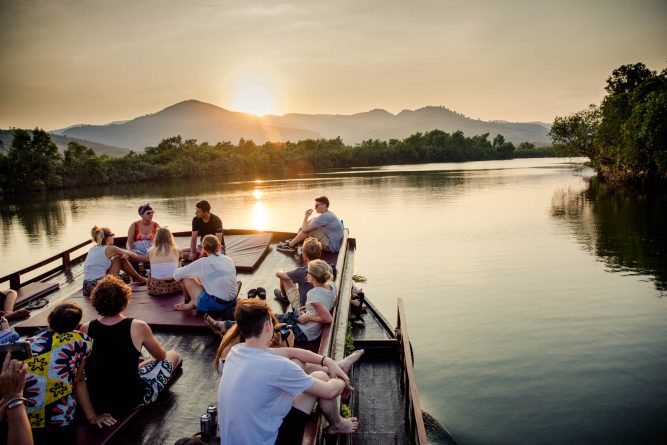 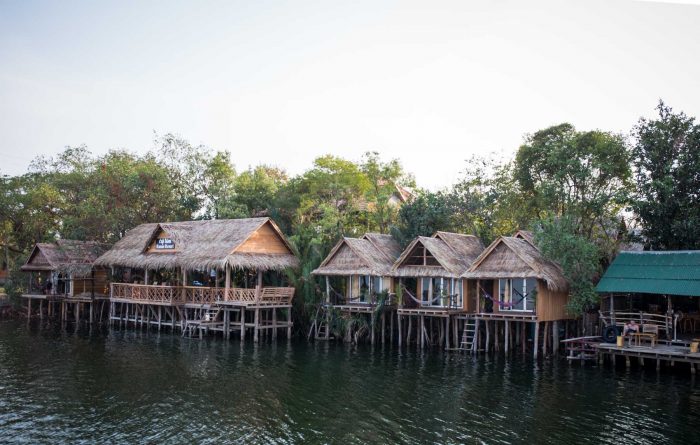 Back in Kampot and we decided we really should check out the local market – we do like to support the local economy afterall.

This wasn’t as easy as we’d hoped. Have I mentioned how hot it is Cambodia? And the markets were somewhere in the centre of town – not easy to find. AND we couldn’t find a tuk tuk, not one. There is something very pleasant about being in a town with so few tourists that there are no tuk tuks, until you are lost! 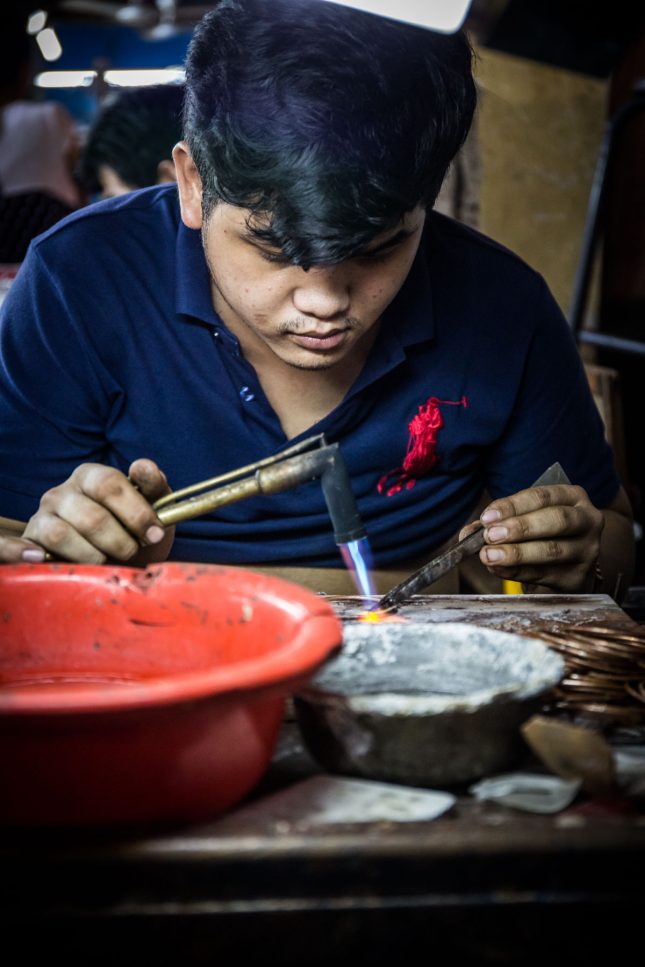 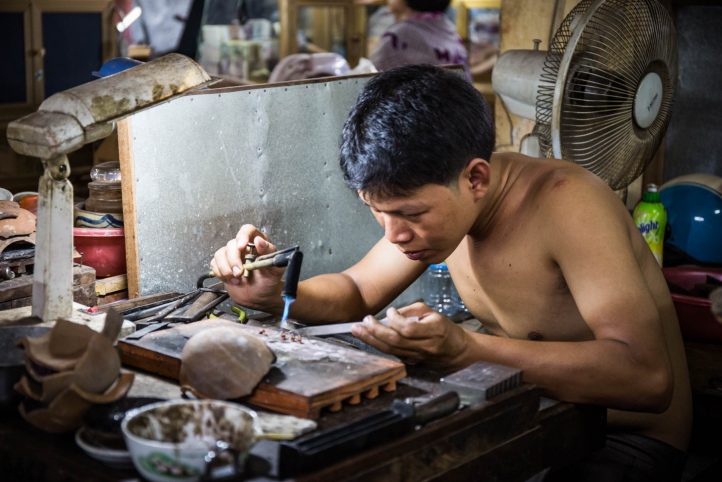 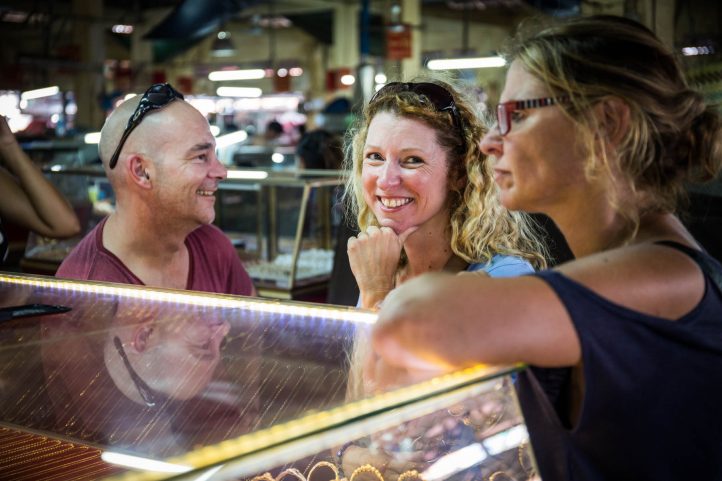 We finally found the markets and were rewarded for our patience. The market is huge, and definitely worth a look. (It’s actually not far from the riverfront where most hotels are located, we just got lost!) Even if you don’t like markets, this one is interesting for the craftsman dotted throughout the stalls working on their next masterpiece.

Sadly we were only in Kampot for two days, it’s a perfect place to chill out for a week!

We stayed at Vibola Guesthouse.

Was it long enough? It was long enough to see the sights, but this is the kind of place you could just chill out for a week or two.

Highlights: The casino at the Hill Station, the sunset cruise, cocktails overlooking the river, watching the jewellers at work in the market.

Ever been to Cambodia? We’d love to know what you thought, drop us a line below.