The contrast from Amboseli to Sweetwaters Sanctuary in Ol Pejeta Conservancy in Kenya is striking.

Where Amboseli was dry and parched, Ol Pejeta Conservancy, which is nestled between Mt Kenya and Abaderes Mountains, is lush and green. The campground is stunning – tents again, but the main building is like an old colonial English ranch, think Out of Africa, and the tents themselves are luxurious, certainly not like anything we have seen! (Hotwater bottles at night and thick down doonas – this is my kind of camping!)

The campsite is inside the Ol Pejeta Conservancy – a private sanctuary – and our tent is right next to the waterhole, so as we left for dinner on our first night we saw buffalo and impala stopping by for a drink.

We chose Sweetwaters as it is one of the best places to see black rhinos in East Africa, and we certainly weren’t disappointed!

On our first safari in the park, we not only spotted a black rhino, but were charged by it! 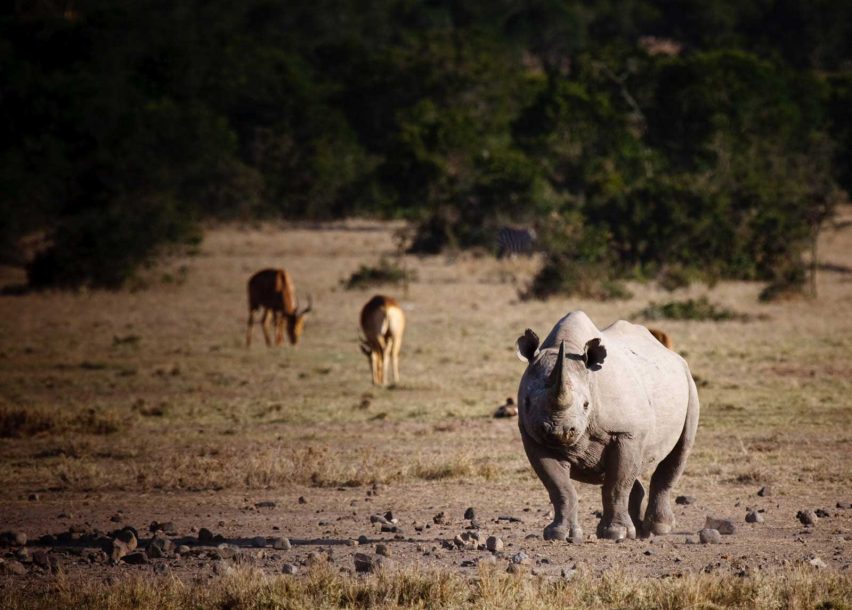 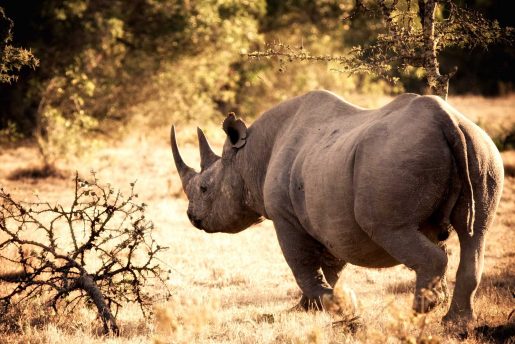 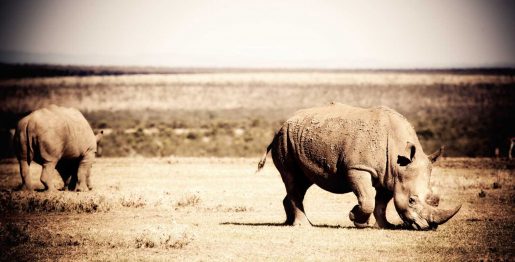 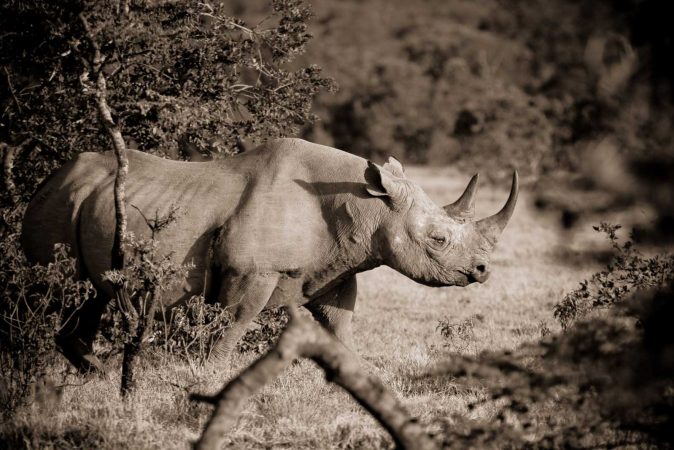 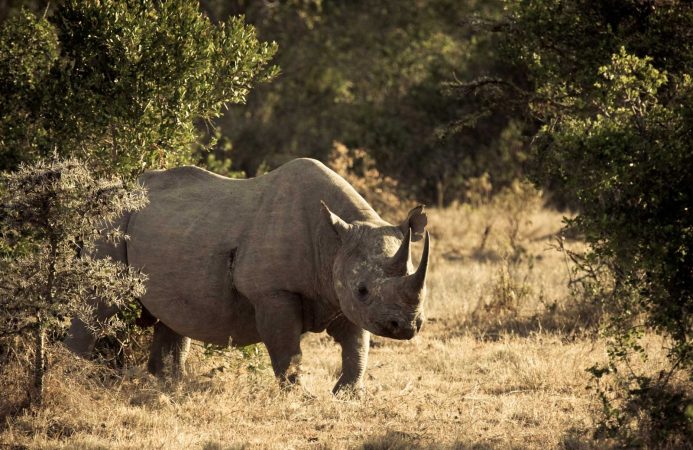 After spotting the rhino off in the distance, we watched and followed it for some time; the rhino kept turning and looking at us and eventually had enough of Ade’s big camera lens in its face and charged the van. Jackson, our driver, was at the ready and took off, fortunately the rhino lost interest after a couple of seconds, evidently he was just doing it to warn us.

It worked, even Jackson left it alone after that!

Our encounter with the rhino hadn’t quite finished, however, as we sat enjoying our dinner at Sweetwaters Lodge that evening, we looked out the window only to see a black rhino looking in.

Throughout our time at Sweetwater we saw many rhinos, both black and white. While the white rhino are said to be less aggressive than the black, we were also charged by a white rhino! Again it was just a warning, and it soon lost interest in us. And again I’m sure it was frustrated by the constant clicking of Ade’s camera!

As well as the abundance of rhino, we saw many giraffe, buffalo, zebra and warthogs. Animals are very easy to see in the reserve and we were able to get up close to many. As there is limited accommodation in the reserve, you also face no competition for the best viewing spots when watching the animals up close. We rarely saw another vehicle on any of our drives in the reserve. Ol Pejeta is also home to a chimpanzee sanctuary, which is free to enter, however you are asked if you would like to adopt a chimpanzee at the end to help the sanctuary. We adopted Poko.

While Chimpanzees are not native to Kenya – they come from Uganda, Burundi and Rwanda – the sanctuary was opened in the 1990s to provide a safe place for chimpanzees that have been abused – kept in cages, sold illegally as pets and so on. 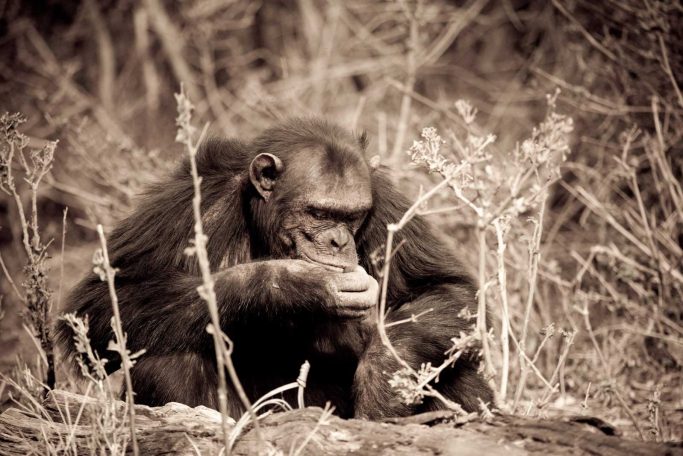 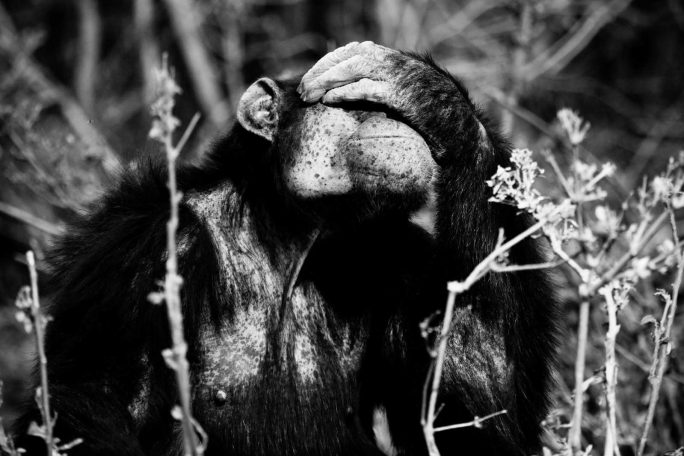 There are between 40 and 50 chimpanzees in each of the two sets, which are separated by fences and a river. The chimpanzees are also kept separated from the other animals in the reserve to ensure their safety.

Not far from the chimp enclosure is Hippo hide – where the brave can walk along the side of a river to view hippos. While there is a fence that separates this area from the rest of the park, it is not a particularly high fence!

Wallowing in the water below were about a dozen hippos of varying ages and sizes. Looking so relaxed and peaceful in the water it is hard to believe they are responsible for so many tourist deaths! 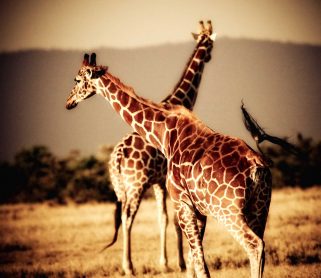 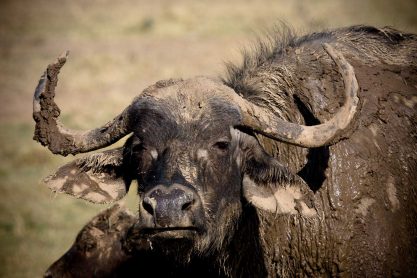 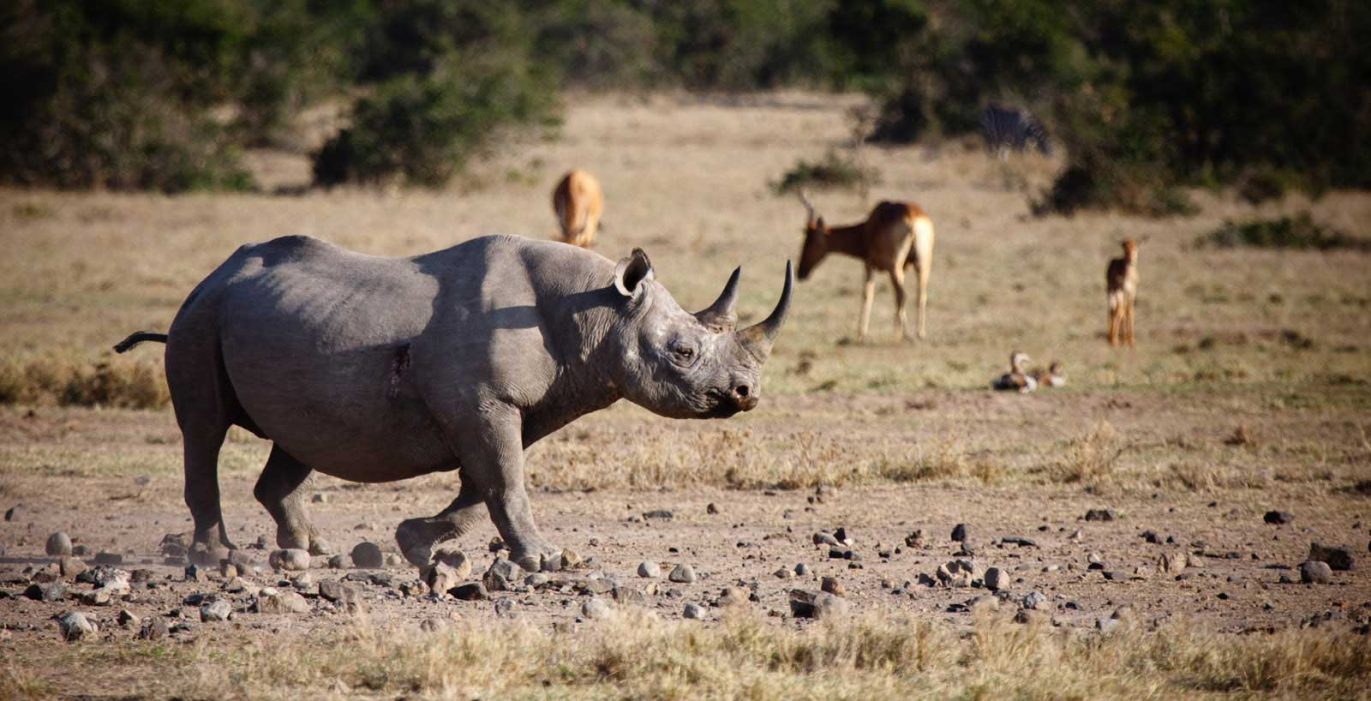 While we didn’t see any big cats or elephants at Ol Pejeta, the animals we saw were amazing, particularly the rhinos, which are generally so difficult to spot!

We stayed at Sweetwaters Tented camp in the Ol Pejeta Conservancy.

Was it long enough? You could stay and relax here for days, but two nights was long enough to see all we wanted to see here.

Highlights: Adopting a chimpanzee and helping out the wildlife, getting up close to rhinos – both during the day and at dinner, coming ‘home’ to a hot water bottle (sometimes it’s the little things!)

Our first leopard spotted in Samburu